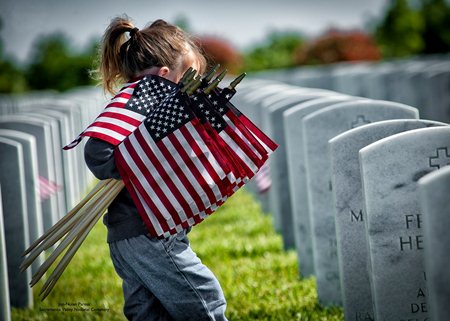 From Sacramento: Take I-80 West approximately 28 miles to Exit 60, Midway Rd. Turn left onto Midway Rd. and the cemetery will be 1.3 miles on the right.

From Sacramento International Airport: The cemetery is 33 miles (53 km) from Sacramento International Airport (SMF). Take Interstate 5 North towards Woodland. Merge onto 113 South towards Davis. Take Interstate I-80 West. Take Exit 59 "Meridian Rd/Weber Rd". (DETOUR for unusable bridge at exit 60), Turn left onto Weber Rd. Travel 1.1 miles, then turn left on Lewis Road. Follow Lewis Road to the "T" at Midway Road. Take a right on Midway Road and the cemetery will be 1.2 miles on the right.

From San Francisco: Take I-80 East approximately 60 miles to Exit 60, Midway Rd. Turn right onto Midway Rd. and the cemetery will be 1.2 miles on the right

Military Funeral Honors
Each veteran interred at Sacramento Valley National Cemetery is authorized a military funeral honors detail consisting of at least two uniformed personnel from the veteran's branch of service to fold and present the flag and play "Taps", upon request of the family or funeral home. Your local funeral director can assist you with arranging for these honors. If you are not utilizing a funeral home, please wait until after you have scheduled with the National Cemetery Scheduling Office (see "Schedule a Burial" above), and you have a date and time for burial to request military honors from the Branch of Service of the veteran.  NOTE: The three rifle volley salute is generally not provided by the Department of Defense for veterans unless they died on active duty.  The Air Force, however, currently provides a rifle volley for retirees.  The firing of the three rifle volley salute is available for all other retirees and veterans only upon request of the family by contacting (415)619-9554 or visit Service Veterans on Northern California Volunteer Honor Guard.  The services of the SVNCHG are performed at no cost to the family of the deceased.

Cemetery policies are conspicuously posted throughout the cemetery and can also be accessed at the automated kiosks located near the entrance to the administration building.

Cemetery personnel will transport up to three (3) floral arrangements with your loved one's casket or urn to gravesite. Natural, fresh-cut flowers are welcomed on graves any time. We remove flowers when they become unsightly or to facilitate mowing. Plastic floral cones are available in containers throughout the cemetery.

One small American flag may be placed on the grave. We remove it when it becomes damaged, faded, or tattered, and dispose of it properly. No object shall be attached to a marker or niche cover, protrude above the top of an upright headstone or encroach on an adjacent grave.

The Department of Veterans Affairs does not permit adornments that are offensive, inconsistent with the dignity of the cemetery, or may pose a safety hazard. Permanent plantings, statues, battery or solar-powered items, balloons, breakable items, and commemorative items are not allowed at any time.

Cemetery personnel will routinely inspect for unsightly, unsafe, or unauthorized items. Durable items removed from graves will be held for one month. These items remain property of the donor, but are under custodianship of the cemetery. If not claimed within 30 days, they are then governed by the rules for disposal of federal property.

Like many lands in the western United States, the Homestead Act of 1862 facilitated the settlement of the site of what is now the Sacramento Valley National Cemetery. In the late 1860's, the site consisted of nine separate parcels, which were subsequently acquired by private citizens through preemption (an individual's right to settle land first and pay for it later) and homestead claims. During the 20th century, these separate parcels were gradually consolidated under one owner. The site was continuously used as farmland from the 1860's until it was purchased by the National Cemetery Administration in 2004. Crops raised on the property at the time of NCA's purchase included corn, alfalfa, beans, squash, and peppers.

Sacramento Valley National Cemetery opened for burials in 2006, and was formally dedicated on April 22, 2007.

Monuments and Memorials
Sacramento Valley National Cemetery features a memorial pathway lined with a variety of memorials that honor America's veterans. As of 2017, there are 9 memorials here.

Newman Camay Golden was born in Cincinnati, Ohio, on October 12, 1919. He joined the Army Air Corps during World War II, graduated from the Tuskegee pilot training program in 1944, and served with the 99th Fighter Group in Italy. Photographer Toni Frissell recorded the Tuskegee Airmen stationed at Ramitelli in 1945. Flight Officer Golden appears in several photographs. Soon after, on March 20, during a bomber escort mission over Austria, Golden parachuted from his damaged aircraft. He was imprisoned at Moosburg until Allied forces arrived to liberate the camp. Golden then enlisted to serve in the Korean War. On October 17, 1951, 1st Lieutenant Golden's aircraft was hit, burst into flames and crashed. Golden was missing in action until March 31, 1954, when his status changed to killed in action. 1st lt. Golden received the Purple Heart, and in July 2014, a memorial for him took place at Sacramento Valley National Cemetery (Section MW, Row A, Site 01-A).