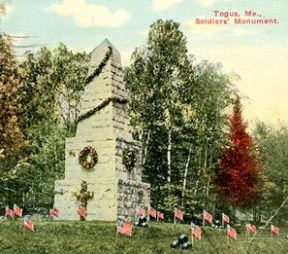 The number of monuments and objects that memorialize military service within NCA's national cemeteries, soldiers and government lots, and Confederate cemeteries has grown steadily since the first comprehensive inventory began in 2002. More than 1,300 memorial objects are currently documented. The oldest monuments predate the Civil War but every U.S. conflict has been recognized this way. Patriotic organizations formally donate an average of ten new monuments to NCA each year. 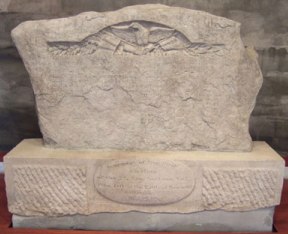 The 32nd Indiana Infantry Monument, carved 1862, was moved to Cave Hill National Cemetery in Louisville, KY, in 1867. It is the country's oldest surviving Civil War memorial. However, its condition was deteriorating. Over several years, NCA conserved this monument, now displayed at the Frazier History Museum, and produced a successor that was dedicated at the cemetery in December 2011.

National cemeteries were created in the 1860s to honor those who serve in America's armed forces. Individuals laid to rest and commemorative features in the cemeteries reveal the growing diversity of those who have answered the call of duty since the earliest conflicts. The ongoing fight for racial equality over the Nation's history is mirrored by the increasing contribution to the U.S. Armed Forces by racially diverse veteran activists, pilots, heroes, artists, journalists, and sadly, victims of this struggle. Their inspirational stories helped advance American civil rights. What follows are some accounts of African-American service from the Civil War through Vietnam as reflected in VA national cemeteries.

During U.S. westward expansion in the nineteenth century, most wars pitted American Indian tribes against one another and the Army. However, tribesmen also served alongside white and black enlisted men and officers--an estimated 20,000 during the Civil War. From the first American Indian to graduate from West Point in 1822 to specialist Navajo Code Talkers in World War II, American Indians also had to overcome racial discrimination in order to serve our nation. Many are buried in NCA cemeteries.

During Hispanic Heritage Month (September 15 to October 15) NCA highlights the long tradition of military service by the Hispanic community. Hispanics have contributed to military successes since the settlement of the Southwest Territories, including the "Bushmasters" during World War II and the Puerto Rican Borinqueneers beginning in World War I.

In Recognition of Women Who Served

The range of women buried in VA national cemeteries is impressive: women who served in every branch of the military, spouses and some wives who literally followed their husbands into war, as well as nurses, civilian employees, spies, and elected officials. These women also represent the diversity of America, challenging gender and racial barriers. Learn more about women and our national cemeteries:
See Where They Are Buried (Link to Story Map)*
Women and VA National Cemeteries
Authorizing Women in Military Service: Nursing to Combat


* External Link Disclaimer: Links marked with an asterisk ( * ) are external links. By clicking on these links, you will leave the Department of Veterans Affairs website. VA does not endorse and is not responsible for the content of the linked website.