March 4 Abraham Lincoln is inaugurated as the 16th President of the United States during a period of national turmoil. Seven southern states have seceded and adopted a provisional constitution for the Confederate States of America. 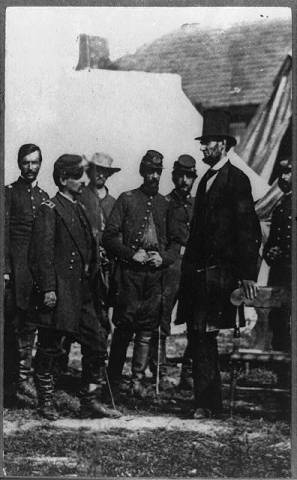 President Abraham Lincoln at Antietam, 1862.
Photograph Courtesy of the Library of Congress.

April 12-13 The Confederate bombardment of Fort Sumter in Charleston, South Carolina, overwhelms the federal garrison, leading to their surrender. The Civil War begins.

July 21 Thirty miles west of Washington, northern hopes of a quick end to hostilities are dashed as the disorganized, inexperienced Union Army led by General Irvin McDowell is routed in the First Battle of Manassas.

August 10 In the first major battle in the western theater, Confederate troops fend off Union attacks led by General Nathaniel Lyon in the Battle of Wilson's Creek, near Springfield, Missouri. General Lyon is killed in the battle. 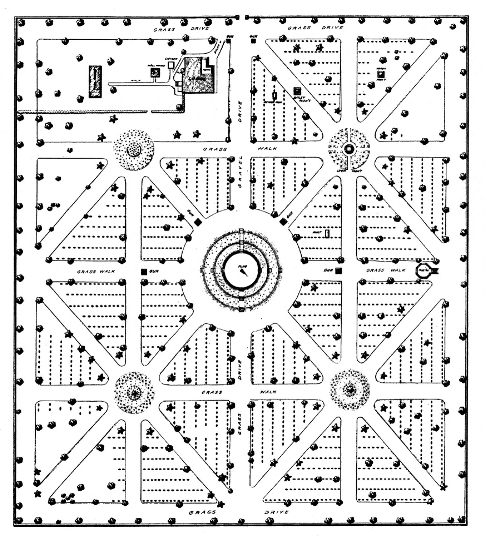 September 11 The War Department issues the first orders to commanding officers regarding the recordation and interment of deceased soldiers under their command. In part, General Orders (G.O.) No. 75, War Department read:

For the purpose of preserving accurate and permanent records of deceased soldiers, and their place of burial, it is hereby ordered that the Quartermaster General of the United States Army shall cause to be printed, and to be placed in every General and Post Hospital of the army, blank books and forms corresponding with the accompanying duplicate forms, for preserving said records. The quartermaster will also provide proper means for a registered headboard, to be secured at the head of each soldier's grave, as directed in the following Special Order to Commanding Officers, in reference to the interment of deceased soldiers:

It is hereby ordered, that whenever any soldier or officer of the United States Army dies, it shall be the duty of the commanding officer of the military corps or department in which such person dies to cause the regulation and forms provided in the foregoing directions to the Quartermaster General to be properly executed. It is also ordered that any adjutant, or acting adjutant (or commander) of a military post or company, immediately upon the reception of a copy of any mortuary record from a military company, shall transmit the same to the Adjutant General at Washington.

October 21 Confederate and Union forces clash near Leesburg, Virginia, in the Battle of Ball's Bluff. While small in scope compared to later battles in the war, the Confederates earn a decisive victory. On the Union side, Sen. Edward Baker is killed, the only sitting senator ever killed in battle.

December 17 In the Battle of Rowlett's Station, near Munfordville, Kentucky, Union forces successfully protect a bridge over the Green River from a Confederate assault. In this small battle, 13 soldiers fall from the 32nd Indiana Infantry, a Union regiment consisting of German immigrants.  In January 1862, Private August Bloedner of the regiment carved a monument commemorating the fallen; this is the oldest Civil War monument still extant. 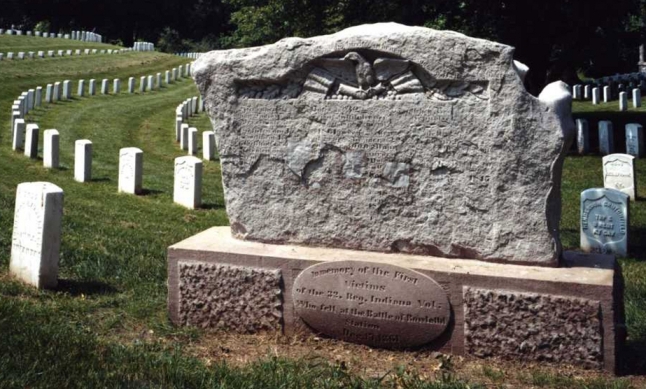 32nd Indiana Infantry Monument in Cave Hill National Cemetery, 2004. Due to its fragile condition, the monument
was removed from the cemetery in 2008; it is now located in the Frazier History Museum, Louisville.
NCA installed a successor monument at the cemetery in 2011.

December 21 President Lincoln signs a bill (S. No. 82) into law, authorizing 200 medals "which shall be bestowed upon such petty officers, seamen, landsmen and marines as shall distinguish themselves by their gallantry in action and other seamanlike qualities during the present war (Civil War)." This law establishes the Navy Medal of Honor. 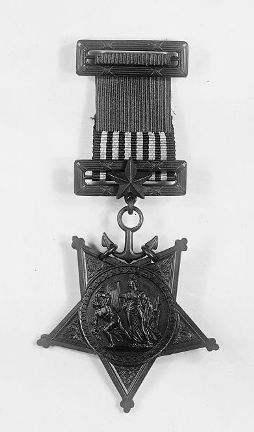 Navy Medal of Honor, ca. 1914.
Photograph courtesy of the Library of Congress.
Next
return to top