May 5-6 Promoted to commanding the entire Union Army after his successes in the western theater, General Grant initiates the Overland Campaign to weaken General Lee's Army of Northern Virginia, through attrition if necessary. In the Battle of the Wilderness, outside of Fredericksburg, Virginia, Union forces sustain much higher losses than their opponents. General Grant is forced to withdraw from the field, but flanks around the Confederates and continues south towards Richmond.

May 7 From his position in Chattanooga, Tennessee, General Sherman moves his Union forces southward, initiating the Atlanta Campaign. During the summer of 1864, General Sherman's troops engage the Confederate Army in a series of battles, successively moving southward.

May 31-June 12 General Lee's Confederate Army successfully defends their positions in the Battle of Cold Harbor, outside of Richmond, Virginia. General Grant's orders for repeated Union assaults against a heavily defended line result in a significant disparity in casualties; 13,000 for the Union in contrast to 2,500 for the Confederates. Soon after, General Grant moves his troops south of the James River and initiates the Siege of Petersburg, a crucial supply point for the Confederate Army and the city of Richmond. 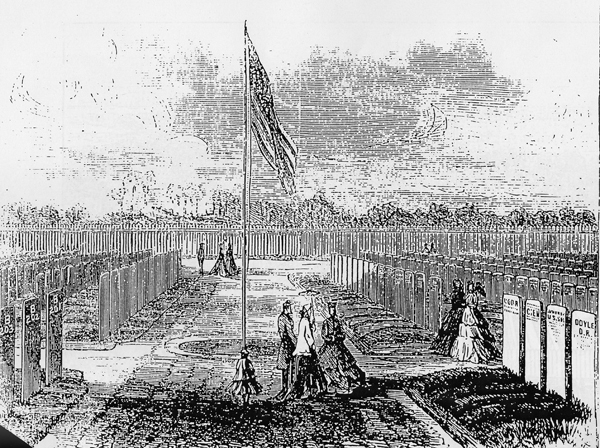 June 15 Montgomery Meigs, Quartermaster General of the Union Army, appropriates the grounds of Arlington House, the antebellum residence of General Lee, for use as a national cemetery. This is widely seen as a retributive act by General Meigs, who considered General Lee a traitor and intended to render his house and property uninhabitable.

July 30 During the Siege of Petersburg, the Union Army attempts an ambitious and ultimately disastrous attempt to breach the Confederate fortifications in the Battle of the Crater. After exploding a mine under their position and charging through this gap, the uncoordinated and disorganized Union assaults are quickly overwhelmed by Confederate counterattacks in a decisive victory for General Lee's Army of Northern Virginia.

August 5 A federal fleet of 18 ships commanded by Rear Admiral David Farragut, collaborating with Army forces, overwhelms three Confederate forts in Mobile Bay, Alabama. While the federal troops do not seize the city of Mobile, their presence prevents blockade runners from importing supplies to the Confederacy through the port. 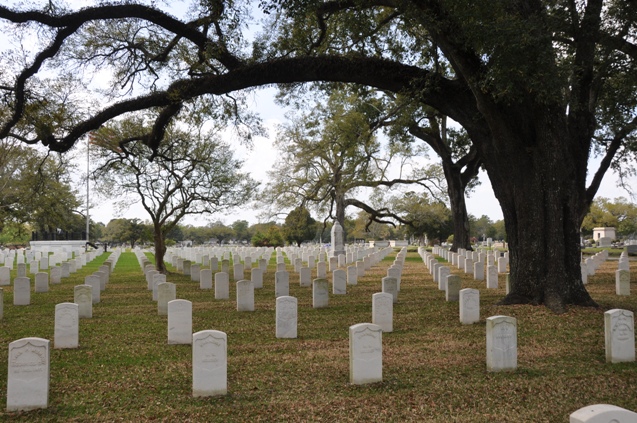 August 31-September 2 General Sherman's Union Army troops defeat Confederate troops at the Battle of Jonesborough, outside of Atlanta, Georgia. After the battle, General Sherman's troops occupy Atlanta, providing a significant boost to the morale of the northern public. 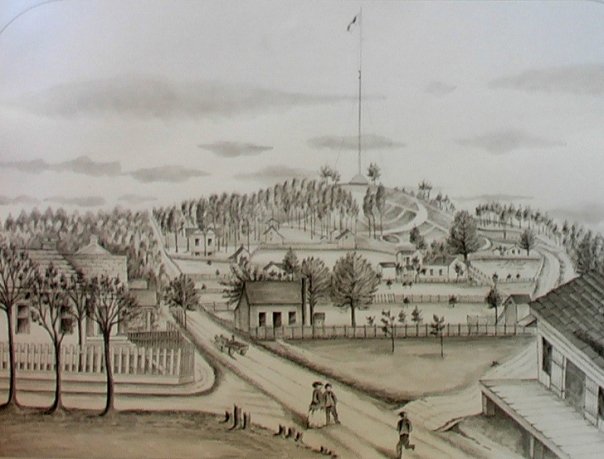 Sketch of Marietta National Cemetery, from the Final Report on National Cemeteries and Mortuary Records,
by Lieutenant Colonel E.B. Whitman,1869. Courtesy of the National Archives and Records Administration.

September 29-30 As part of the Siege of Petersburg, the Union Army launches a surprise attack on Confederate troops at Fort Harrison in the Battle of Chaffin's Farm/New Market Heights. The Confederate Army is forced to withdraw from the fort and reinforce their positions closer to Richmond.

November 8 President Lincoln is reelected, partly due to the fall of Atlanta two months earlier.

November 15-December 21 General Sherman employs principles that would come to be known as "total war" in leading his troops on a march to the sea. Forces under his command march from Atlanta to Savannah, in part subsisting on food seized from local farmers while destroying railroads and manufacturing infrastructure.