May 5 John Logan, the Commander in Chief of the Grand Army of the Republic (GAR), a fraternal organization of Union veterans, issues G.O. No. 11. While not a military order, G.O. 11 designates May 30 as a national day of commemoration for the Union dead internally to the GAR. Originally known as Decoration Day, it was elevated to the status of a federal holiday in 1888. Over the years the name changed to Memorial Day, as it has become a national day of commemoration for those who died in military service in all wars.

May 12 The 85-foot tall Union Soldiers Monument at Hampton National Cemetery is completed. More than $12,000 was raised for the monument through an effort led in part by Dorothea Dix, Superintendent of Women Nurses for the Union Army, who was authorized in 1861 by the Secretary of War to establish military hospitals. 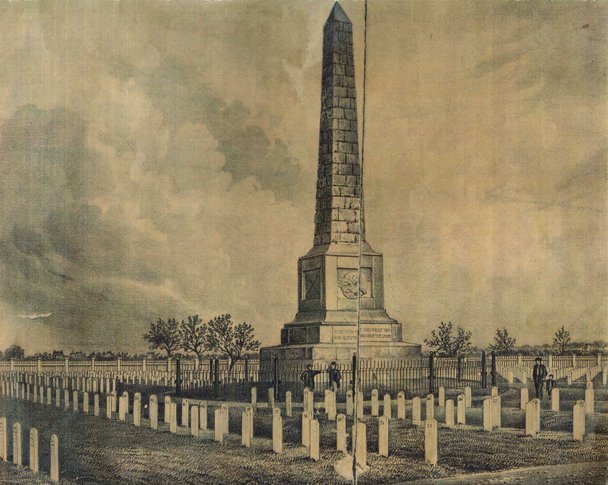 September 5 In a letter to General Meigs, General R. Laxton of the Quartermaster General’s Office, Department of the South, writes that "guns and projectiles" were distributed to many national cemeteries—used at corners and around the flagpole — "so as to present the most favorable appearance to strangers visiting." Cannon are now an iconic feature of many Civil War-era national cemeteries.